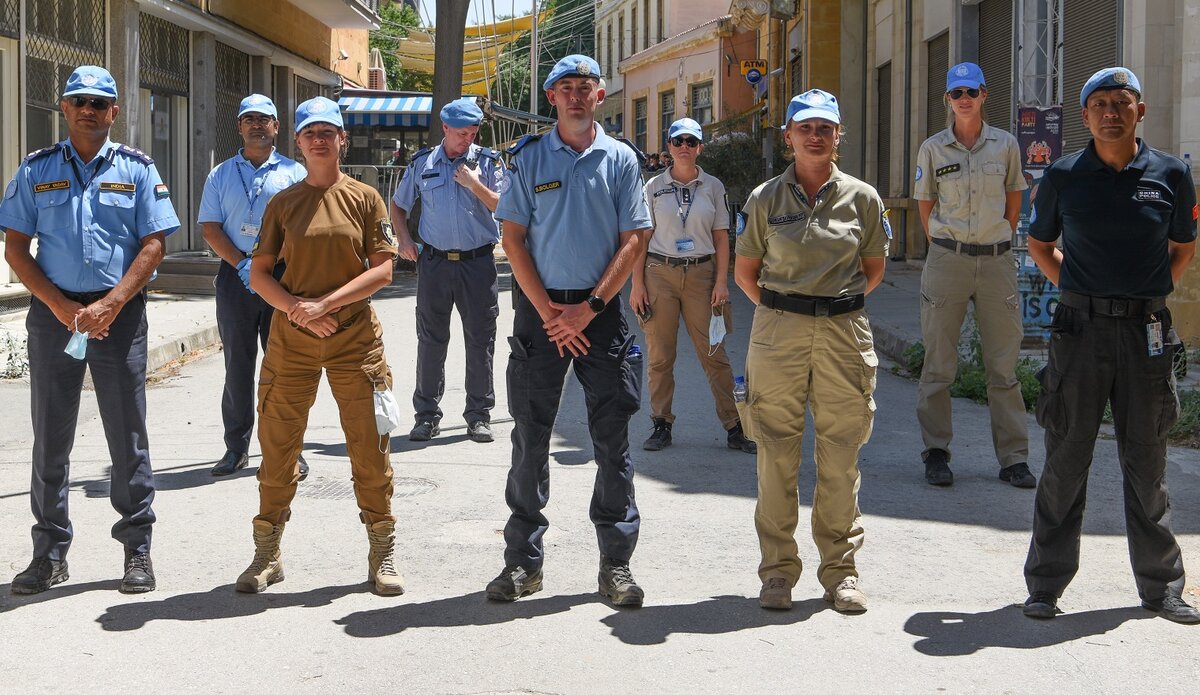 The United Nations Police (UNPOL) has been part of UNFICYP since 14 April 1964. UNPOL works in collaboration with UNFICYP’s Military and Civil Affairs components as part of a “three-pillar” concept, developed to maximize internal collaboration on all aspects of the Mission’s mandate. UNPOL contributes to the maintenance and restoration of law and order in the buffer zone and cooperates with UNFICYP’s military and the Civil Affairs components concerning civilian activity in the buffer zone, humanitarian matters and to assist in the return to normal conditions within the buffer zone.

The UNPOL component is headed by UNFICYP’s Senior Police Adviser and is comprised of 69 police officers from sixteen countries and one civilian support staff.

UNPOL officers are based in UNFICYP Headquarters at the United Nations Protected Area and at a further eight locations across the island, in or near, the buffer zone. UNPOL is a civilian police force. It is not a substitute police force as it does not administer the law or have powers of arrest or detention.

UNPOL assist the Good Offices of the UN Secretary-General in the implementation of measures towards achieving a comprehensive peace agreement, through the facilitation of the Technical Committee on Crime and Criminal matters, established in 2008 to launch and promote the cooperation between the local law enforcement agencies.

Members of UNPOL are generally deployed for 12-month periods.