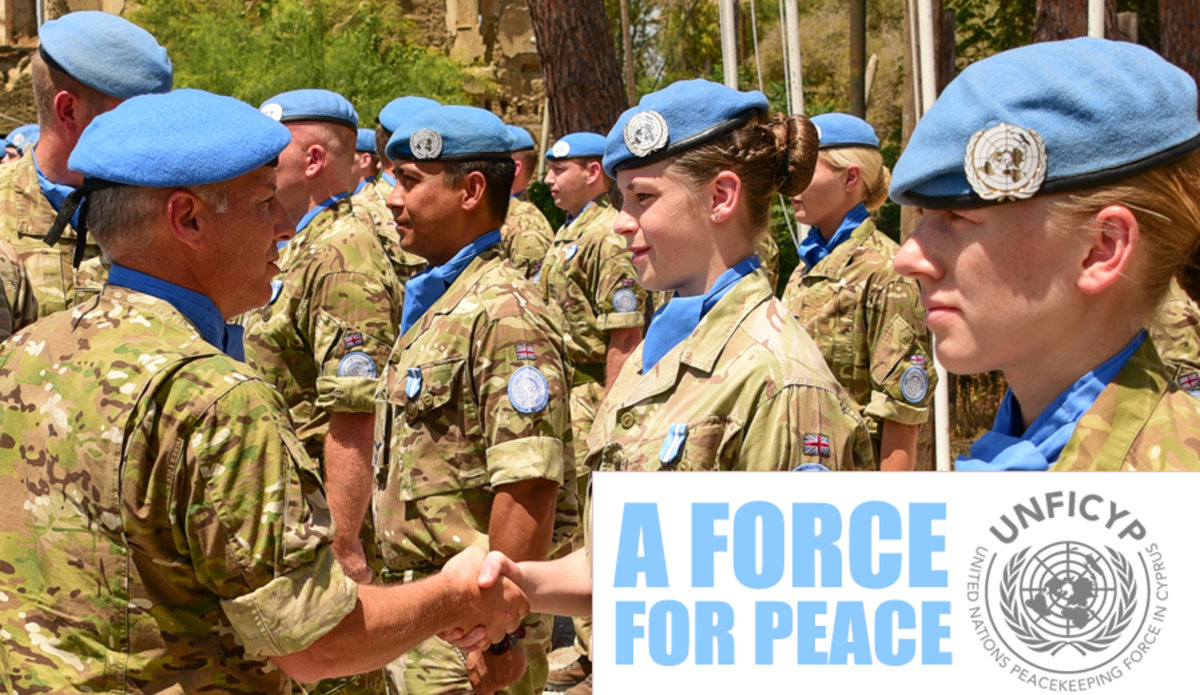 UNFICYP is one of the longest-running UN Peacekeeping missions. It was set up in 1964 to prevent further fighting between the Greek Cypriot and Turkish Cypriot communities on the island and bring about a return to normal conditions.

The Mission’s responsibilities expanded in 1974, following a coup d’etat by elements favouring union with Greece and a subsequent military intervention by Turkey, whose troops established control over the northern part of the island.

Since a de facto ceasefire in August 1974, UNFICYP has supervised the ceasefire lines; provided humanitarian assistance; and maintained a buffer zone between the Turkish and Turkish Cypriot forces in the north and the Greek Cypriot forces in the south. UNFICYP’s Chief of Mission also serves as the Secretary-General’s Special Representative in Cyprus and in that capacity leads efforts to assist the parties in reaching a comprehensive settlement.

The ceasefire lines extend over 180 kilometers across the island. In the absence of a formal ceasefire agreement, UNFICYP’s 800-plus troops and 60-plus police officers deal with hundreds of incidents each year.

UNFICYP supports the fullest possible resumption of normal civilian activity in the buffer zone, keeping in mind that this is still an area under permanent armed watch by military on both sides. To this end, it facilitates the resumption of farming in the buffer zone where safe, and assists both communities on matters related to the supply of electricity and water across the lines.

The Mission is currently headed by Elizabeth Spehar of Canada, who is the Special Representative of the Secretary-General and Head of Mission.

The Mission’s work is based on four components that work together closely: the military, UN Police (UNPOL), the Civil Affairs Branch and Administration, which supports all activities. The Mission counts almost 1100 personnel. Since 1964, almost 186 UN personnel have lost their lives while serving in UNFICYP.

The Security Council established UNFICYP through resolution 186 (1964) on 4 March 1964 and has renewed the Mission’s mandate for six-month terms since then.

Attempts to solve the Cyprus conflict and reunify the island have so far been without result, although relations between north and south have improved over the years. Among other things, this led to the opening of several crossing points across the buffer zone, most notably across Ledra Street in old Nicosia on 3 April 2008.

The UNFICYP budget for the period from 1 July 2018 to 30 June 2019 amounts to $55,152,000
Originally, UNFICYP was supported entirely by voluntary contributions. This resulted in a shortfall, which prompted the UN General Assembly in 1993 (resolution 47/236) to decree that henceforth the costs not covered by voluntary contributions should be borne by Member States in accordance with Article 17 of the UN Charter.
Today, one-third of UNFICYP’s budget is financed by the Government of Cyprus, while the Government of Greece contributes $6.5 million annually. The rest is financed from contributions assessed on the entire membership of the United Nations, as decreed in 1993.
Print Email Twitter Facebook