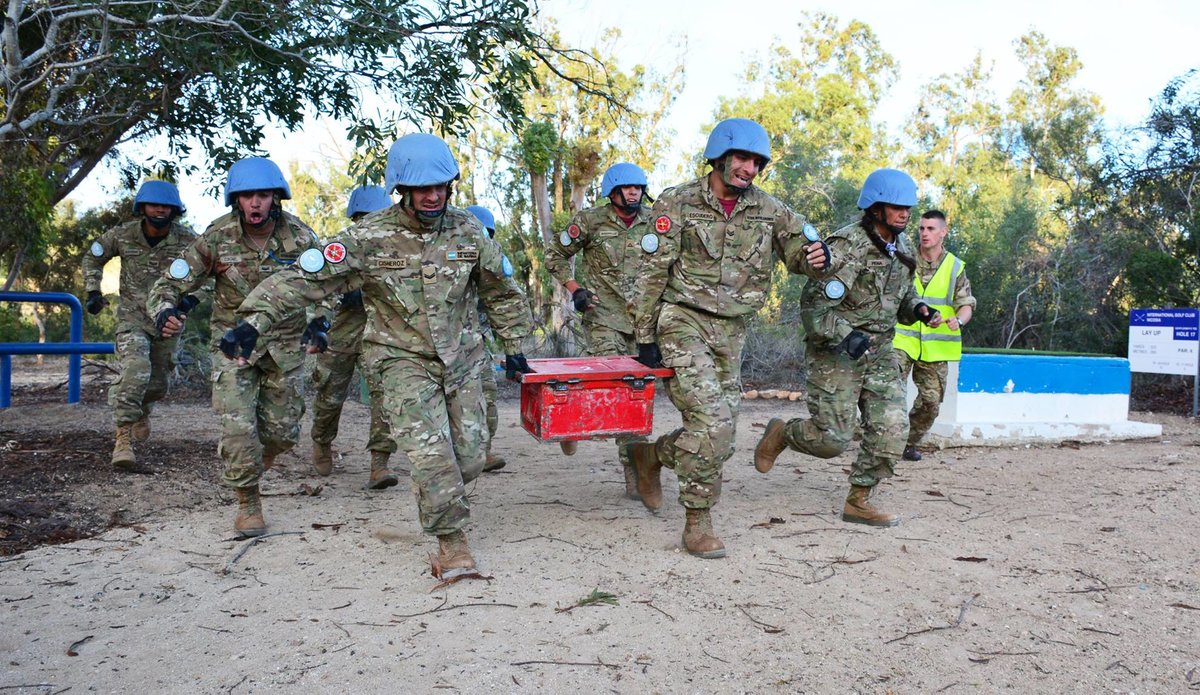 United Nations military personnel are the Blue Helmets on the ground. They are contributed by national armies from across the globe.

UNFICYP’s troops supervise the de facto cease fire lines established in 1974 and maintain control over the buffer zone dividing the island. Despite the calm that generally has pervaded the island since 1974, UNFICYP records on average about 1,000 incidents in the buffer zone every year.

Over the years, more than 150,000 troops have served in UNFICYP. Currently, about 802 troops serve on a rotating basis. The largest troop contributors are Argentina and the United Kingdom, followed by Slovakia and Hungary.

The military presence is spread over three sectors, Sectors 1, 2 and 4. Sector 3 ceased to exist when Canada withdrew from UNFICYP in 1993 and Sectors 2 and 4 took over the territory. Following a review and troop reduction in 2004, UNFICYP troops no longer man each observation post on a permanent basis. Instead, they patrol the buffer zone on foot and by helicopter, vehicle and bicycle.

UNFICYP military maintains day-to-day contact with its counterparts from the opposing forces on all levels to prevent escalation of tensions within or along the buffer zone.

In addition, there are 4 central units, stationed in the United Nation Protected Area on the outskirts of Nicosia.

The Mobile Force Reserve guards Headquarters and can provide a rapid response to incidents within the buffer zone. It operates a fleet of armoured personnel carriers.

The Force Military Police Unit (FMPU) is taking care of the good well order and discipline in UNFICYP; according to the Status of the Force Agreement (SOFA), the FMPU has jurisdiction over all UNFICYP military personnel.

The UN Flight is an Argentinean-run helicopter unit, which provides 24-hours surveillance along the buffer zone and emergency assistance. UN Flight operates three helicopters out of the Nicosia International Airport, which is closed to civilian air traffic.

Finally, the Force Engineer HQ unit provides engineering support to UNFICYP such as realization of projects, maintenance of patrol tracks, Camps as well as Patrol Bases (PBs) and Observation Posts (Ops) throughout the whole buffer zone.